Winter is coming and the first snowflakes have hit us here in Tyrol. Sadly I am not able to give you a lot of interesting news. The last month endeavours were mainly related to improving the server infrastructure, preparing the official forums and moving my development environment from Windows to Mac. Yep you heard me right, but it’s not because I wanted to switch over, it’s just because you are forced to use a Mac in order to develop for iOS. Pretty nasty or?
As you can imagine it wasn’t an easy task, especially since I am a long time windows user – so it took some time to get used to it. However at least I got now a glimpse of the other side including linux & co which helped to gather some new experiences in this regard and will furthermore help to get the maximum out of each platform. As a little side effect: with an iMac the workspace looks pretty clean in comparison to a chunky pc. 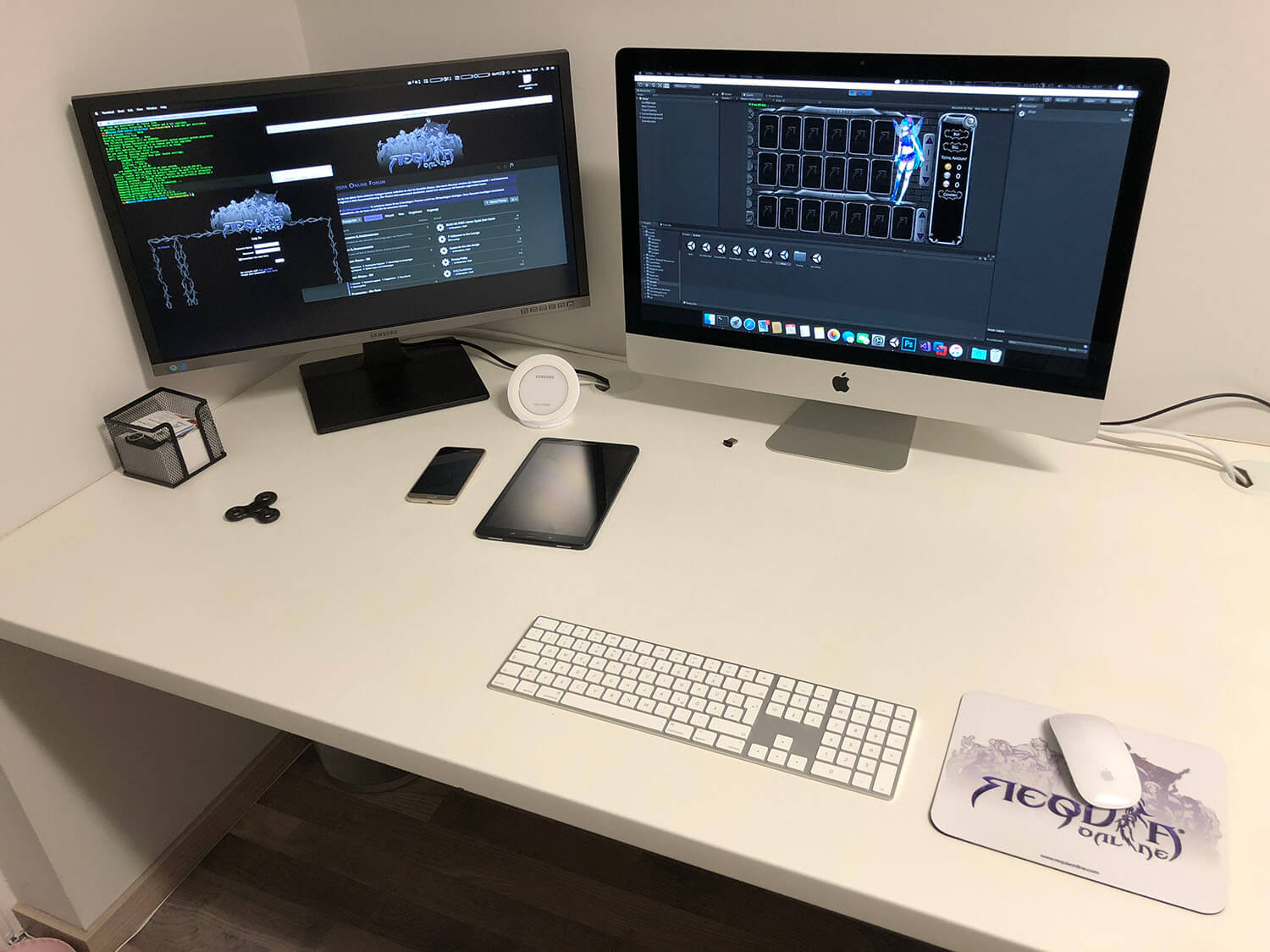 Furthermore there were some nice enhancements in the user interface which will improve the general smoothness of the game – the cards now have added physics which will provide wonderfully lively animations when dragging around.